Posted on 11Jul2014 by thomaslsnyder

The Society for the History of Navy Medicine is pleased to announce that Professor Annette Finley-Croswhite will be our new Executive Director.

Annette Finley-Croswhite, Ph.D. Annette Finley is an award-winning Professor of History at Old Dominion University in Norfolk, Virginia where she 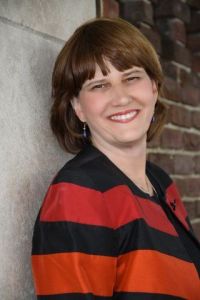 has also served as Associate Dean for Research and Graduate Studies (2001-06) and Chair of History (2006-10). A few of her awards at ODU include the Stern Award for Excellence in Teaching, 1994, the Most Inspiration Faculty Award, 2012, the Burgess Award for Research and Creativity, 2012, and the Broderick Award for Educational Accessibility, 2014. Dr. Finley’s scholarly work is focused on the history of religious violence.  Her first book, Henry IV and the Towns: The Pursuit of Legitimacy in French Urban Society, 1589-1610 (Cambridge University Press, 1999, 2006) explored the French Wars of Religion and is considered as essential text for any scholar working in the field.  She next published with Gayle K. Brunelle, Murder in the Métro: Laetitia Toureaux and the Cagoule in 1930s France (Louisiana State University Press, 2010, 2012) focused on right-wing terrorism in the 1930s.  The work received rave reviews, especially for its well-crafted prose and was voted by History Today one of the top 15 history books published in 2010.  Dr. Finley’s current research is tied to the French Holocaust/Shoah. She has received two grants (2011, 2012) from the United States Holocaust Memorial Museum’s Center for Advanced Holocaust Studies to develop coursework and research on the Holocaust, and she has developed study abroad courses to Auschwitz-Birkenau.  She is also working on a book entitled Betrayal: Bombing Synagogues on the Streets of Paris, Igniting the French Holocaust.  Dr. Finley also maintains a strong interest in maritime history.  As Chair of the Department of History at ODU she created a “maritime focus” for her department and hired the department’s first maritime historian.  In 2011, she organized and hosted the annual conference of the North American Society for Oceanic History.  She maintains keen interest in French sailors in the Atlantic world, especially French medical experiments conducted in the 17th century in the Caribbean to improve the lot of men aboard ship.  She has been involved with the Foundation and Society for the History of Navy Medicine almost since its beginning and welcomes the opportunity to serve as Executive Director.

She will officially take up the post at the beginning of the 2014-2015 Academic Year. Founding Executive Director Tom Snyder will assist in the transition of leadership from the recently resigned Jim Dolbow.

Retired urological surgeon and navy reservist. Writing the history of the Navy's first hospital on the U S west coast, at Mare Island, California. Founder and Executive Director, the Society for the History of Navy Medicine. Founder and Coordinator of the Albany Base Hospital No. 33 Society, a military affinity group at Albany Medical College, my alma mater. Past Commander of the San Francisco Commandery of the Naval Order of the United States and founder and past Commander of the Naval Order's "virtual" Continental Commandery. Naval Order Ship's Store manager and Assistant Treasurer General. Member of the Solano County (California) Historical Records Commission.
View all posts by thomaslsnyder →
This entry was posted in Society News, Uncategorized. Bookmark the permalink.