As many of your know, your Executive Director is a French historian; I hope that gives me some license to reflect on France during the latest terrorist attacks.  France is the oldest American ally, and we have long had a relationship with the French Navy.  On September 5, 1781, the Comte de Grasse came to General Washington’s defense in the Battle of the Chesapeake (Battle of the Virginia Capes).  The French then defeated the British Navy leading to success at Yorktown, the surrender of Cornwallis, and the birth of our nation.  Yes, American was born in some part via French midwifery.  (And incidentally one of de Grasse’s sailors stayed in Virginia after the battle and established my husband’s family line). Today we think of France and our long-standing alliance; two nations who revere liberty and freedom.  We stand with France in condemning all attacks on democratic ideals. 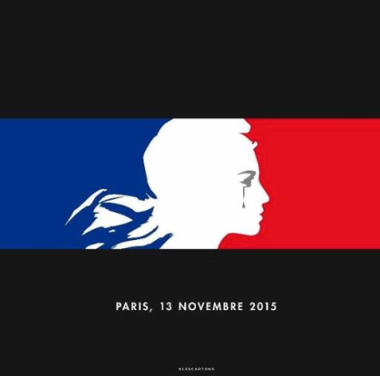