This past week (May 2016) was spent at the joint North American Society for Oceanic History, Naval Historical Foundation, North Atlantic Fisheries History Association and Society for the History of Navy Medicine conference held in Portland, Maine. Natalie Shibley, a graduate student at the University of Pennsylvania, won our graduate student travel award for $750. Congratulations to Natalie. Her paper abstract and bio are posted below.

Abstract: My paper discusses U.S. Navy policy regarding HIV testing and the treatment of sailors infected with HIV. The Navy began mandatory testing for HIV (then called HTLV-III) for new recruits in 1985 and shortly afterwards expanded testing to all sailors in the service. In this paper, I argue that concerns about homosexuality negatively affected care for HIV-infected individuals and contributed to limitations of medical privacy for Navy personnel. Although HIV was also widely stigmatized in civilian society, military prohibitions on homosexuality and discharges for homosexual personnel exacerbated HIV-related stigma for infected sailors. Furthermore, the high risks of admitting to or being accused of homosexuality made frank discussions of safe sex practices and HIV prevention unusually difficult. Unlike in the civilian world, conversations with doctors or other health professionals were not typically considered confidential and could be used as a basis for discharges. The prevalence of homosexuality discharges and investigations shaped the ways in which the Navy responded to HIV in the late 1980s and early 1990s. My sources include Navy and Department of Defense memos, military and civilian newspaper and magazine accounts, medical journals, and court records.

Bio: Natalie Shibley is a Benjamin Franklin Fellow and joint-degree Ph.D. candidate in Africana Studies and History at the University of Pennsylvania. She holds an M.A. in Africana Studies from the University of Pennsylvania and a B.A. in African American Studies and History from Columbia University. Her dissertation concerns U.S. military policy regarding sexuality and sexually transmitted diseases between World War II and the early 1990s. Her dissertation research has been financially supported by such institutions as Penn and the U.S. Army Military History Institute. 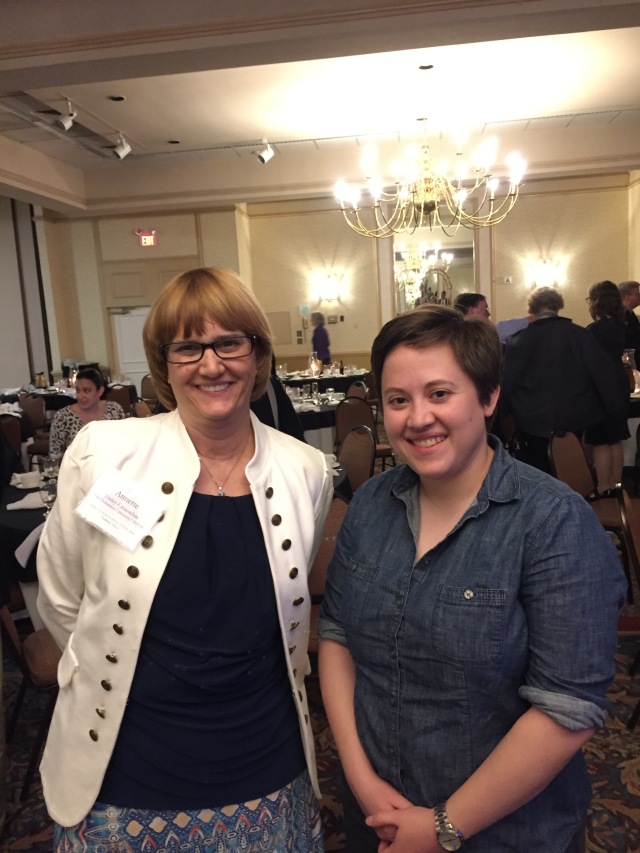 Annette Finley-Croswhite and Natalie Shibley at our conference in Portland, Maine, 2016.