Langley Book Prize Selection Board; Call for Paper(s) for the Society Panel(s) at the 2019 McMullen History Symposium

Posted on 29Sep2018 by thomaslsnyder

The Society will award its second-ever Langley Book Prize in the History of Naval / Maritime Medicine at the Naval Academy McMullen History Symposium in the autumn of 2019. I am looking for one person to join two eminent historians on the selection board. This board will review about half a dozen books that meet the criteria for the award, and select the finest of the lot, the author(s) of which will receive the Langley Prize and a generous cash prize. I believe I should be able to procure review copies of these books for you.  If you are interested, please let me know by email at thomaslsnyder@gmail.com.

Two Society members have agreed to give papers at the 2019 McMullen. I am looking for a third paper. I’d prefer that this be from a graduate or professional student, but all comers are encouraged! If I get enough submissions to form a second panel, I will try to do so. Have something you’d like to give at the Naval Academy in 2019? Send me your paper proposal at thomaslsnyder@gmail.com. Remember: the Society will give a grant of up to $850 to help defray travel expenses of graduate / professional students whose papers are accepted for presentation in the Society’s panel(s).

Posted on 25Aug2018 by thomaslsnyder

The Society is pleased to report that Commander Benjamin “BJ” Armstrong, USN, Assistant Professor of History at the U.S. Naval Academy, has told us that the McMullen Naval History Symposium will be happy to host our panel(s) at their September 2019 event. The Society has a “history” with McMullen: we mounted two panels at the 2011 Symposium and they were both well received and well attended. It is our desire to work toward a more permanent affiliation with the biennial McMullen going forward.

Commander Armstrong indicates that the Call for Papers will go out in early November with a submission deadline in early-to-mid February 2019. While the Symposium date is not yet established, the Naval Academy’s history department has mounted previous Symposia in mid-to-late September.

The Society will establish a panel of distinguished historians and naval persons to review and select papers for presentation in our panel(s), and will invite / provide panel chair(s) and commentator(s). Graduate and professional students whose papers are selected for our panel(s) will be eligible to receive the Society’s Graduate Student Travel Grant of up to $800 to attend the Symposium.

Stay tuned for more information, and in the meanwhile, start working up your paper proposals!

Posted on 31Jul2018 by thomaslsnyder

Members and friends of the Society are reminded to submit their nominations for the Langley Book Prize no later than 10 August. The prize provides for a financial award of $500 and a Certificate of Award. Books eligible are those (fiction or non-fiction) that deal with any aspect of the history of maritime / naval medicine. Books should be published in English between 2013 and the first half of 2018. The prize will be announced and awarded at our panel meeting in the autumn of 2019.

Please send book title, author, publisher and publish date to the Society Executive Director, thomaslsnyder@gmail.com. A panel of distinguished historians and officers will  then review the candidate books for the selection.

©2018 The Society for the History of Navy Medicine

Posted on 06Jul2018 by thomaslsnyder

Two years ago the Society launched the Harold D Langley Book Prize for the History of Maritime Medicine. It is now time to consider works for our second award, to be announced in 2019. To this end, members and friends of the Society are invited to submit titles for assessment. Our panel of prominent historians will consider works published in English between 2013 and the first half of 2018. Please submit your title(s) along with author, publisher and publication date to the Executive Director – thomaslsnyder@gmail.com.

Posted on 08Jun2018 by thomaslsnyder

Four years ago, Professor Annette Finley-Croswhite assumed the Executive Directorship of this Society after a transition year under the leadership of Jim Dolbow, a former Senate staffer and author.

Annette came to the job with administrative experience as head of the History Department at Old Dominion University in Norfolk, VA and the prestige of a luminous academic career marked by an active research portfolio and many publications to her credit. Even before she took the ED job, she played an active role in the Society’s Foundation Board, and she presented distinguished papers at our early scholarly panels. From the outset she sought to engage a membership that “looks more like America”.

As our Executive Director, Annette continued her active research and writing within our field of interest, and it was only when her academic thrust gradually moved in other directions that she began to entertain the possibility of stepping down. During her tenure, she enhanced the prestige and impact of the Society by establishing the Harold D Langley Book Prize in the History of Maritime Medicine. She sought out other history organizations – the North American Society for Oceanic History in particular – with which to partner for sponsorship of our annual scholar panels. The Society and Foundation also partnered with the Naval Historical Foundation and the Naval Order of the United States to place historical marker plaques at the Old Naval Hospital in Washington, DC and on the island of Minorca in the Mediterranean Sea.

Only when shifting academic interests, the demands of family and of an increasingly busy academic life intruded did Annette reluctantly decide to step down. She will remain on our Board of Directors, and she promises that her “special project” will be helping make our Society a more diverse and engaging enterprise. Thus, we do not say, “Farewell”, but, “Bravo Zulu!”, and we look forward to retaining her energy and wise counsel for years to come.

©2018 The Society for the History of Navy Medicine

Out with the “Old”, In with the Older

Posted on 07Jun2018 by thomaslsnyder

After four years of exemplary service, Executive Director Professor Annette Finley-Croswhite, bowing to professional and family demands, has stepped down. Society founder Tom Snyder has once again taken the mantle of Directorship.

Tom says that his early goals are to advance the work done by Professor Finley-Croswhite by building the Society membership and working to get the finances on a solid base to fully support the Society’s Graduate Student Travel Grant, Research Grant and Book Prize programs.

Other goals include working to partner with other historical organizations to support annual or biennial papers sessions, and promoting the Society’s historic markers program.

Test of our System

Please ignore this post as a test of our system.

For memorial day I am posting this link to the US Navy’s tribute to Memorial Day.

I also happened to be lecturing in West Point Cemetery yesterday, and for Memorial Day might point you to the first monument established south of the Mason-Dixon line honoring African Americans who fought for the Union in the Civil War.  In Norfolk, Virginia about 1000 African Americans enlisted in the Union army.  The monument was erected in 1906 with William Carney on top, a Norfolk native who fought with the 54th Massachusetts Regiment as portrayed in the film “Glory” staring Denzel Washington.   Carney received a Congressional Medal of Honor for his heroism.  I realize this is an army story, not navy ,but for Memorial Day, perhaps I could be allowed some reprieve.   It’s a great and unusual monument and worth knowing about.  Too bad it is hidden in a cemetery and not front and center downtown. 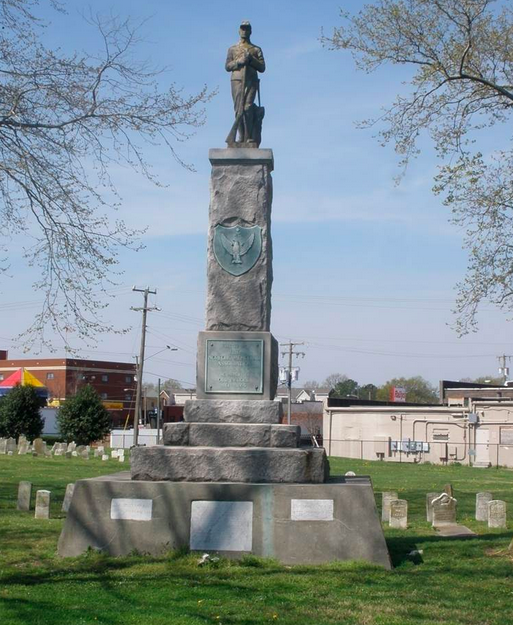 Have a wonderful holiday.

I spoke on “An American in Paris: Nursing and World War I” and presented the film “At Home and Over There: American Women Physicians in World War I,” produced by the American Medical Women’s Association and Raw Science.  Our Secretary/Treasurer, Captain Thomas Snyder, Medical Corps, USN, (Ret) presented “The impact of the 1918 Influenza Pandemic Upon U.S. Navy Operations,” and graduate student, Aaron Jackson, presented “Coming Home Again: Military Newspapers and Reintegration in World War I.”  Aaron is a Ph.D. student in the Department of Anthropology, History and Social Medicine at the University of California, San Francisco.  Aaron won our Society’s Graduate Student Travel Grant.

The experience in San Antonio was delightful and engaging.  We also recruited some new members including Gerald Stulc who presented “Abdominal Surgery in the First World War.”   All papers went over well, and we were especially proud of Aaron.  Pictures are included below as well as a link to Aaron’s session.

Pictures include a poster from the Army Medical Department Museum, Annette Finley-Croswhite and Aaron Jackson giving their papers and a “selfie” of Annette and Tom Snyder! 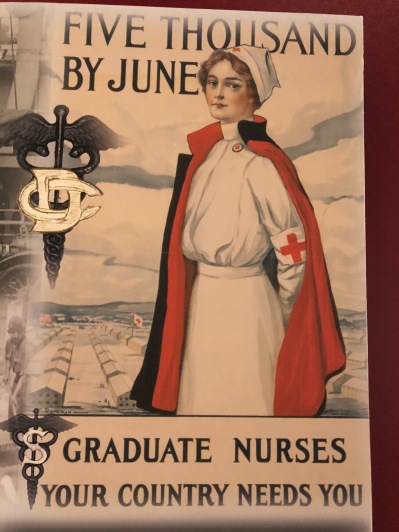 The Society for the History of Navy Medicine intends to give out a book prize this year for the best book in the history of navy/maritime medicine published between 2013 and 2018.  If you have suggestions for possible books to consider, please email Dr. Annette Finley-Croswhite at acroswhi@odu.edu.

Posted in Uncategorized | Leave a comment
The Society for the History of Navy Medicine
Blog at WordPress.com.